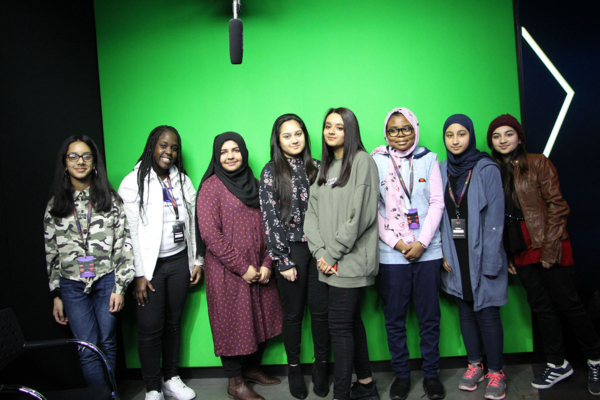 Creative iMedia, Computer Science and ICT students during a trip to London to expand subject knowledge and experiences in February 2019

Day one saw the students attend Sky Studios to plan and pitch their ideas for a new Sky TV show. They had access to the latest studio equipment to film their pitches for the Sky team. Ideas included a new gameshow based around the film ‘Bird Box’ and a conspiracy theory investigation series. The students also got a behind the scenes peek in the Sky Sports News studio to see how their 24-hour live broadcasting channel is produced.

In the evening, the students attended the grand Empire Cinema in Haymarket to watch the Oscar nominated Queen Biopic, Bohemian Rhapsody.

Day two had the students travel to the National Museum of Computing at Bletchley Park. Here, they attended talks and tours focussing on key machines in the history of computing, including the Bombe, The Witch and The Colossus. The students also participated in a practical session during which they coded their own version of the popular mobile phone game ‘Snake’ using vintage BBC computers.

The two days were an amazing opportunity for our young women to explore technology in the past, present and the future. It was fantastic to see them so enthused and engaged in this experience and we look forward to seeing the positive impact this can have on their studies. We look forward to doing this again in the near future.

We would like to thank Sky Studios, Empire Cinemas and The National Museum of Computing for their hospitality.