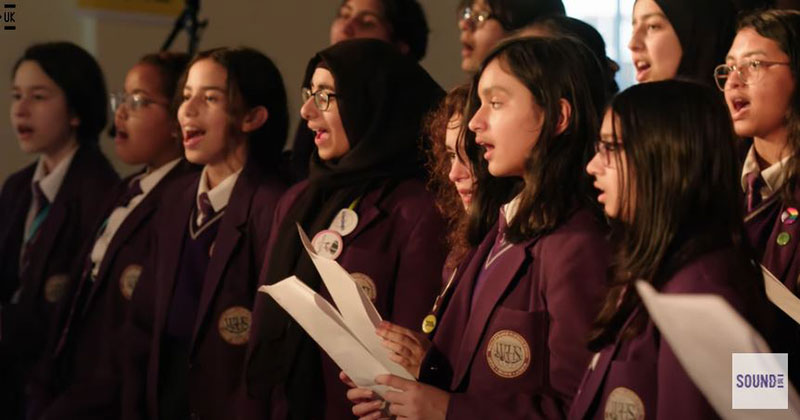 Students wrote the ‘Smile for the Future’ song lyrics in a series of after school workshops in January and February 2022, in collaboration with the band ‘PINS’. PINS are an all-female rock band, formed in Manchester in 2011. The group consists of singer/guitarist Faith Vern, guitarist Lois MacDonald and bassist Kyoko Swan. They have created three albums and have performed all over Europe, and their music has been used in TV adverts for ‘Levis’ as well as in numerous films. They have also performed on BBC 6 Music shows.

The final event in March 2022 was the making of a video performance of the song in the hall here at Whalley Range 11-18 High School. It was a lot of fun and hard work, but a really exciting projects for the girls to work on. Our students sang on the video in collaboration with three other school choirs in south Manchester – Parrs Wood, St Peter’s and Loreto High School.

‘Smile for the Future’ is based on the experiences of choir members during lockdown, and how they felt about the future. The song gave our students a voice to share their personal memories and experiences, and also helped them look forward to what they want to achieve in the future.